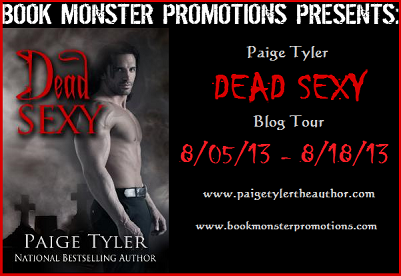 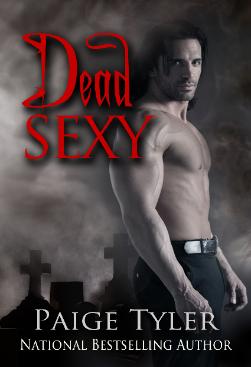 Dead Sexy
Can her love save him from a curse worse than death?
Romance author Simone Kent thinks she might just have found the most perfect guy in all of New York City - in bed and out.
But Drake Parrish is about as far from perfect as any man can get. Eight years ago, he was cursed by an evil Voodoo priestess to live part of his life as a zombie. Since then, he has lived like a recluse on New York’s Upper East Side, afraid to go out for fear he’ll suddenly turn into one of the walking dead.
The sex is the hottest either of them has ever experienced and Simone discovers just how naughty she can be with Drake, while he finds himself feeling things for Simone he hasn’t felt in a very long time. When the Voodoo priestess learns of their relationship, however, she comes after him again. She's determined he won't have a future with Simone, even if that means killing both him and the woman he loves.
AVAILABLE AT:  Amazon | B&N | ARe 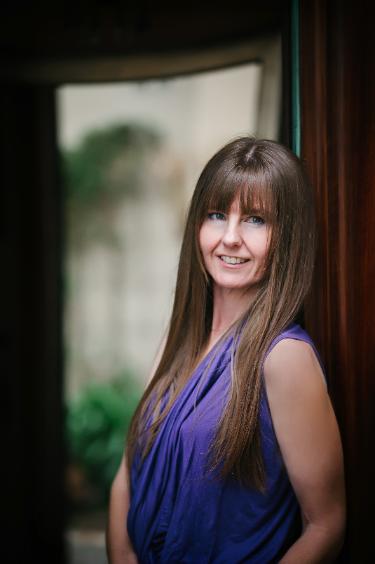 Paige graduated from The University of West Florida with a degree in  education in 2000, but decided to pursue a full-time career as a writer in 2004. Since then, she’s written over fifty books in several genres, including paranormal, contemporary, western, sci-fi and erotica. She loves writing about strong, sexy, alpha males and the feisty,  independent women who fall for them. From verbal foreplay to sexual heat, her stories of romance, adventure, suspense, passion and true love will leave you breathlessly panting for more.
She and her very own military hero (also known as her husband) live on the beautiful Florida coast with their adorable fur baby (also known as their dog). Paige graduated with a degree in education, but decided to pursue her passion and write books about hunky alpha males and the kickbutt heroines who fall in love with them.
When not working on her latest book, Paige enjoys reading, jogging, P90X, Yoga, Pilates, going to the beach, watching NFL football, watching movies and hanging out with her husband (not necessarily in that order!)
Connect with Paige:

a Rafflecopter giveaway
at 1:00 AM